Well, this is really exciting!  Now officially launched, and after keeping quiet for ages, I can finally tell you all about the Four Seasons CAL!  The Four Seasons CAL is exclusive to Deramores and uses their brand of yarn; Deramores Studio DK.  Designed by five crochet designers, me and four other fab designers, the blanket is certainly really bright and vibrant! 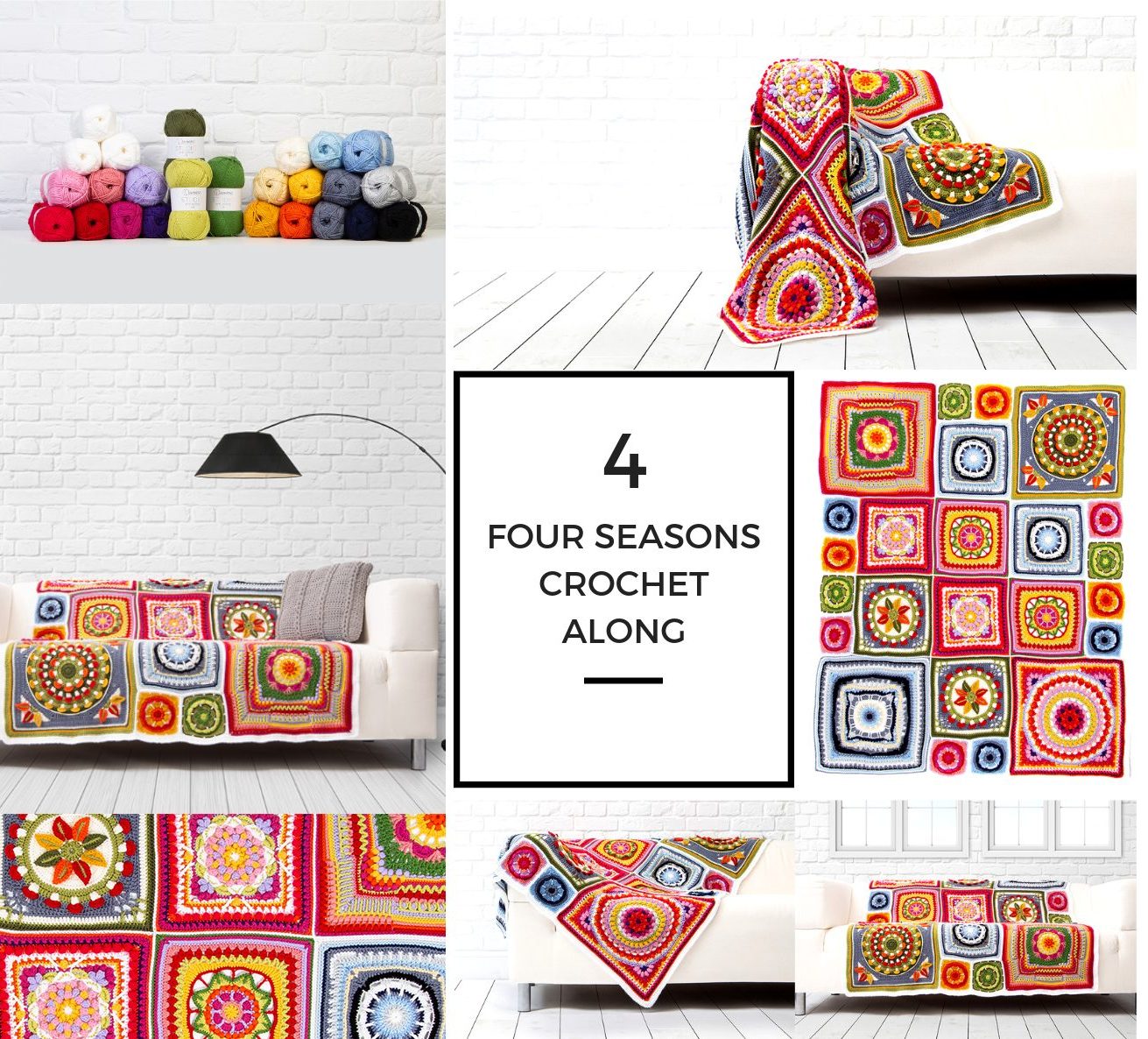 I can’t believe how brilliant it is! So colourful!

We each designed a large and medium sized square for each season.

While Zoe Potrac had the task of bringing it all together with her smaller squares, joining and border.

And, last but not least, Lynne Rowe tech edited all of our patterns.

My season was Autumn.  Being generally scared of brown, a colour often associated with autumn, I decided to choose rich, autumnal colours.  For my larger square I designed rounds of mushrooms, because you can never have enough mushrooms, and added bright, autumnal leaves in the corners.  With the medium square I opted to have the colourful leaves in the centre and a round of mushrooms.

We’ve used a large range of colours, basically a whole year of colours!  I’m delighted to announce that the yarn pack is on sale now on the Deramores website – so, click the link or the image below to grab your yarn pack. 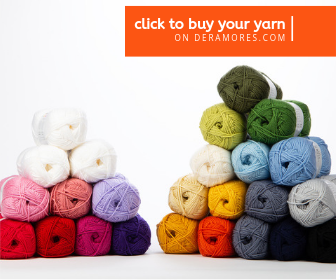 You’ll get 28 balls of Deramores Studio DK in the yarn pack and then will be all set for the CAL!

The blanket is made up of 24 Squares, 4 large squares (one for each season), 8 medium squares (two identical squares for each season), 12 small squares (three identical squares for each season) and then squares are joined together using double crochet. Then, the full blanket is edged with rounds of treble (UK) crochet.  The blanket comes in one size 155 x 125cm and you will require a 4mm Crochet Hook (US G/6).  The Pattern will be in UK Crochet Terminology. The CAL is in 13 parts and one part will be released each week for 13 Weeks. Week 1 will be released on Thursday 23rd May 2019 on the Deramores Website and dedicated Facebook group – Deramores: The Projects.

I hope you are as excited as we are for the start of this crochet along.  Its been an altogether big project for us and we just can’t wait for you guys to join in!  I’ll be updating my CAL page as each section of the pattern is released and do join the Deramores Facebook group for lots of support and showing off your makes!

Not long to wait!  Until then…

Really fab photos are used with the kind permission of Deramores.