After months of work I’ve completed a monster peach crochet blanket and two matching cushions.  Its taken me ages and I’ve completely lost track of how much yarn its swallowed.  Here it is… 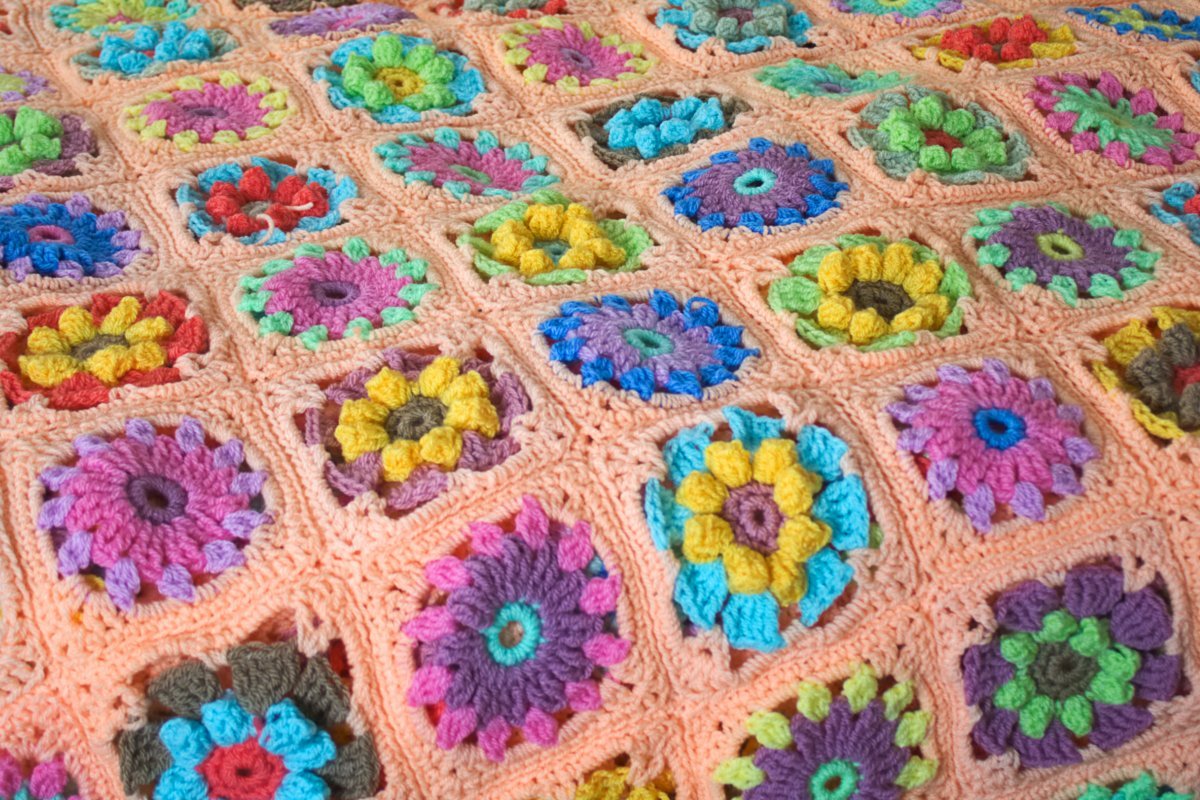 The colours were chosen by someone else and I think they’ve worked really well as a whole.  I tend to stay clear of peach for some reason but I grew to like it.  Then I grew to hate it as the project dragged on with seemingly no progress!  Oh, its so nice to get to the end. 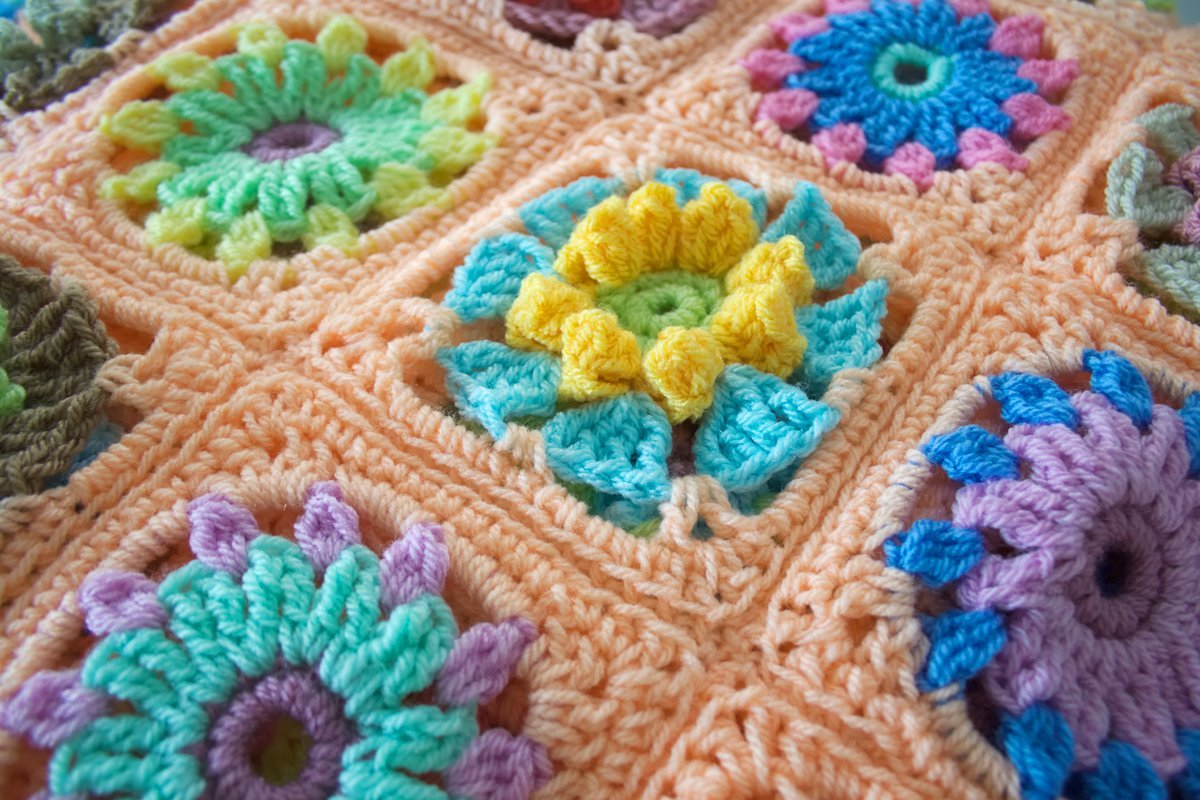 The blanket is comprised of two square designs which are alternated as you join.  I used slip stitches through the back loops to join all the squares together – which took a week entire!

For the edging I settled on something simple so worked one round of reverse single crochet (US) / reverse double crochet (US).  Its also known as Crab Stitch. 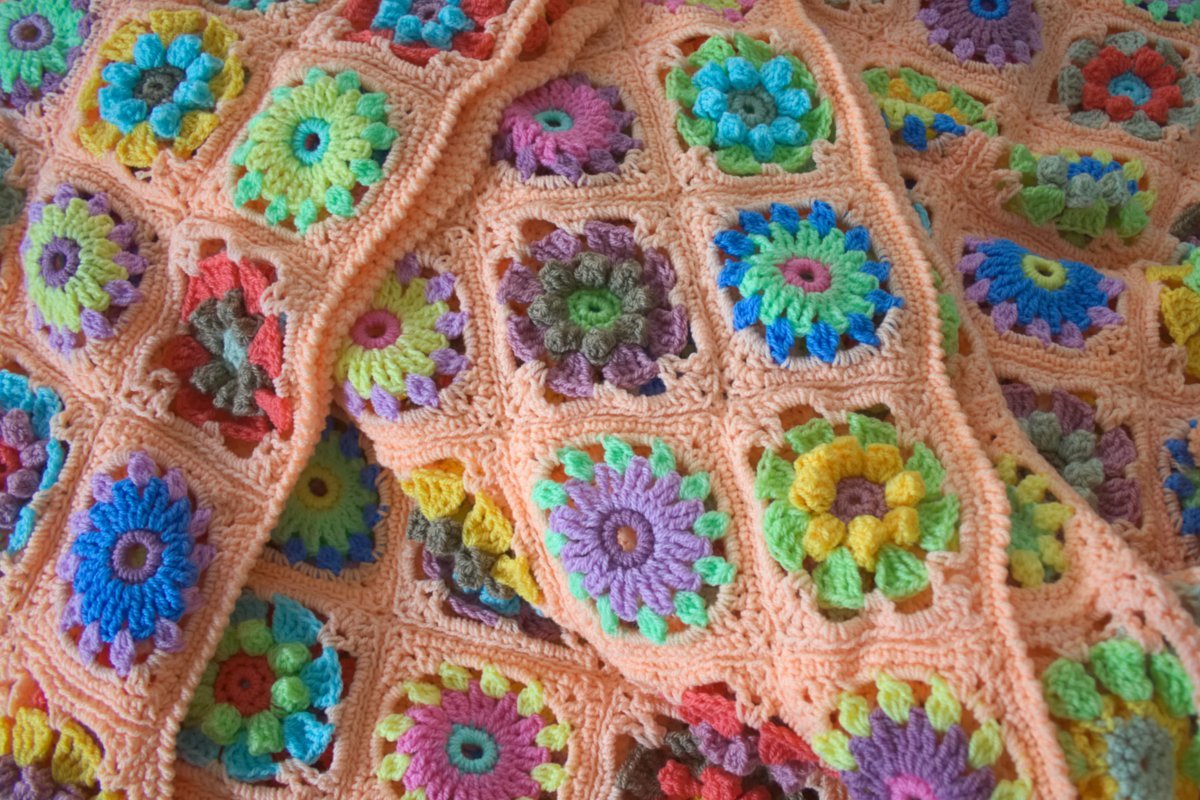 The cushions were much quicker to make.  I made two squares of 9 blocks then raced around the edges in a selection of colours.  I joined the two pieces together with Crab Stitch along three sides, then did the fourth sides separately leaving a gap for a liner.

I attached the cotton liner to the crochet using my sewing machine. Now this is something I’ve never attempted before thinking that things could go horrendously wrong. I’m not in my comfort zone when sat at the sewing machine and expect the worst will happen. My heart was in my throat as I started sewing but it all went surprisingly well. If you attempt a similar feat I recommend you use a Walking Foot!  Otherwise the world may end in a tangled mess. 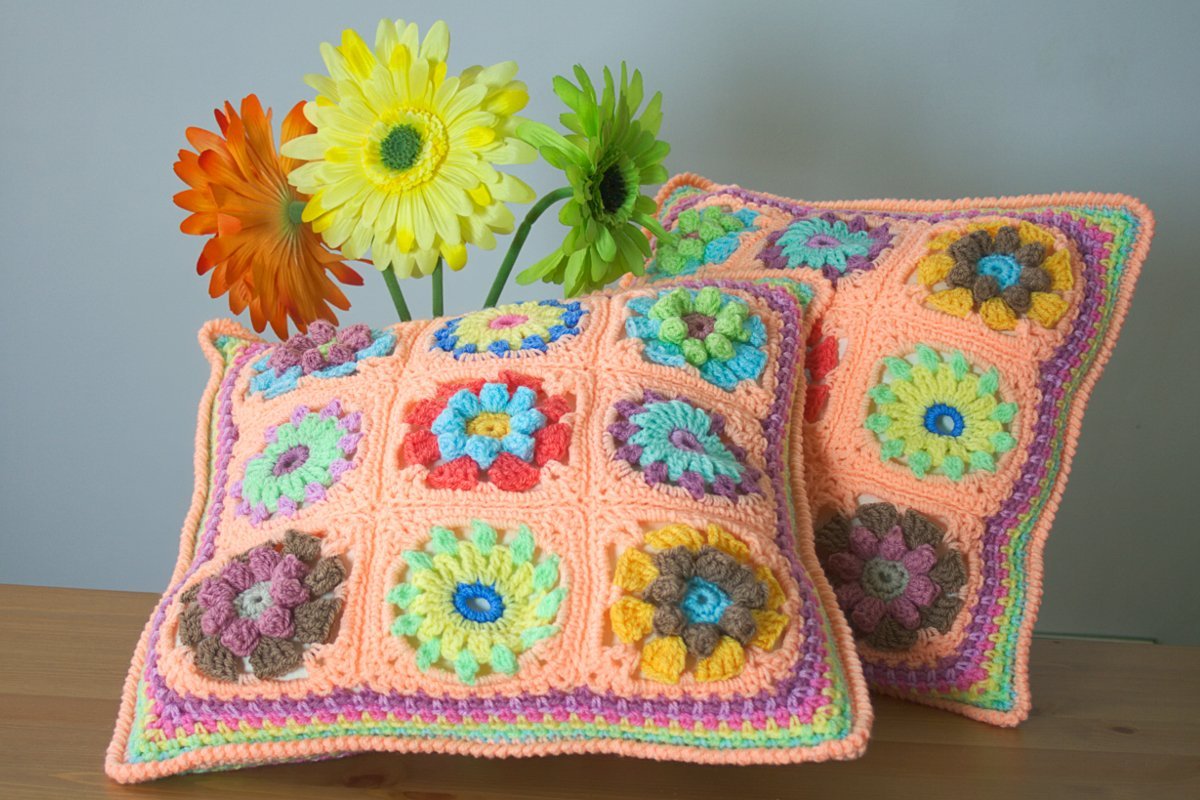 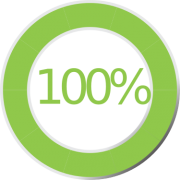 Now I’m going to put my feed up and relax, maybe start a little project or two.  It’ll be a while before I pluck up enough courage to tackle another big blanket project!

I hope you are turning your works-in-progress into finished objects faster than I am! 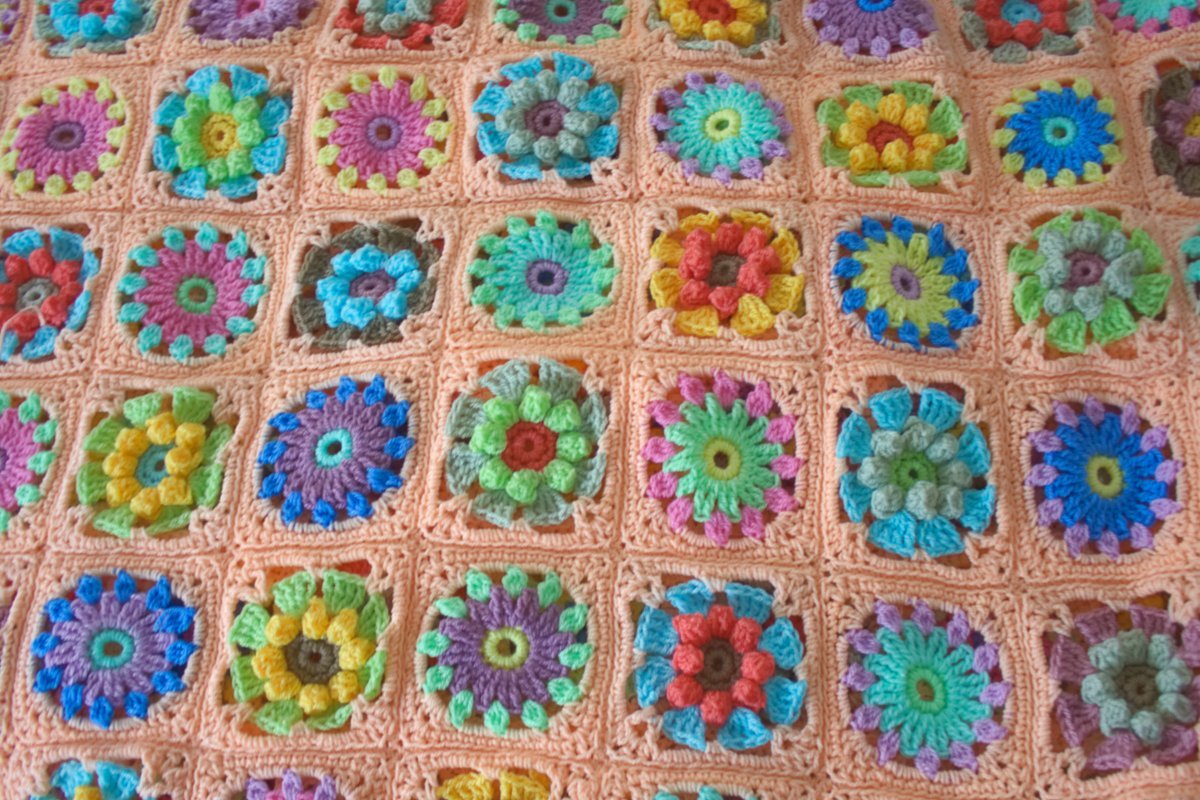 Check out my designs – Exclusive to Deramores! 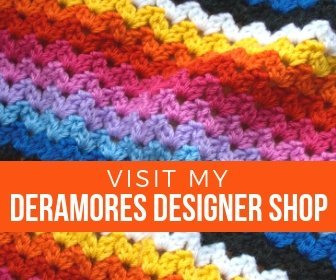