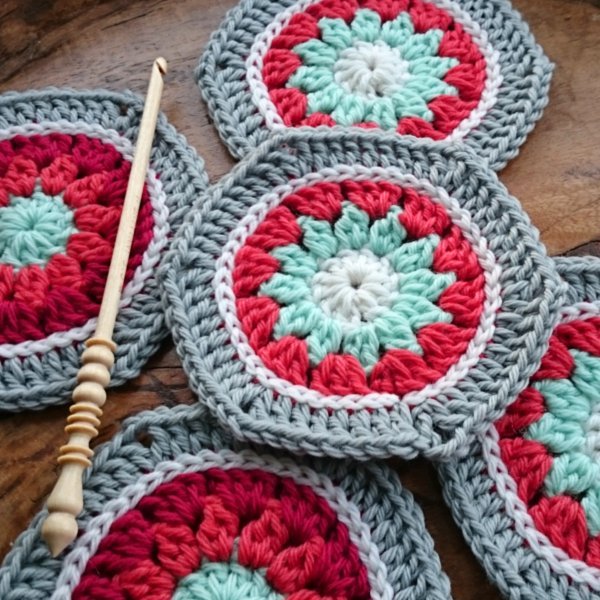 I wanna make it!

The pattern is available in US and UK crochet terminology and includes a crochet chart.

It’s taken me ages to get around to publishing it because I’ve been making one mightily massive blanket using the pattern.  The blanket was commissioned so I didn’t pick the colours used but I do think it’s lovely and cosy!

Rather than worsted, I used DK weight yarn and a 5mm crochet hook for the blanket and the size of the hexagons came out at just under 5″.  Due to the massive size (8ft by 8ft) I skipped the surface crochet.  My reasoning was simple – the less ends the better! 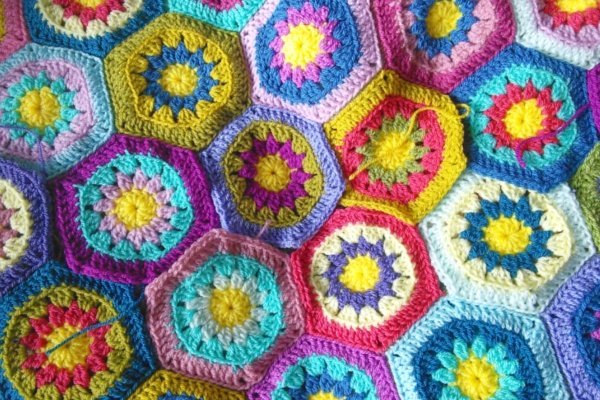 The joining took ages.  I joined the hexagons by working a slip steam seam through the back loops of stitches and chains and used a neutral green colour. 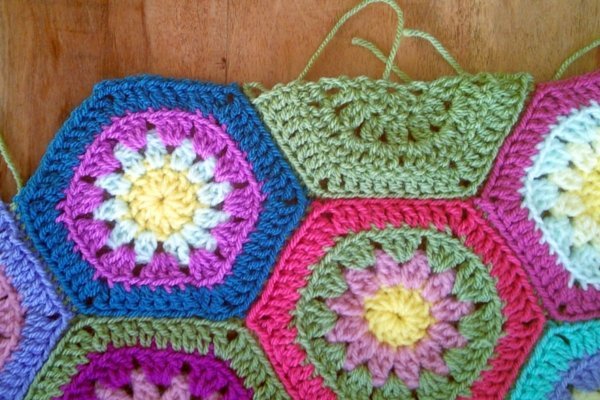 Then I filled in the gaps along two edges by making half hexagons in the joining colour. 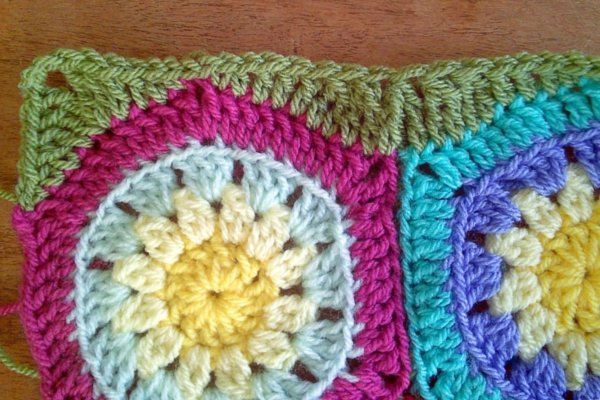 The other two ends were a bit more fiddly and required some mathematicals. 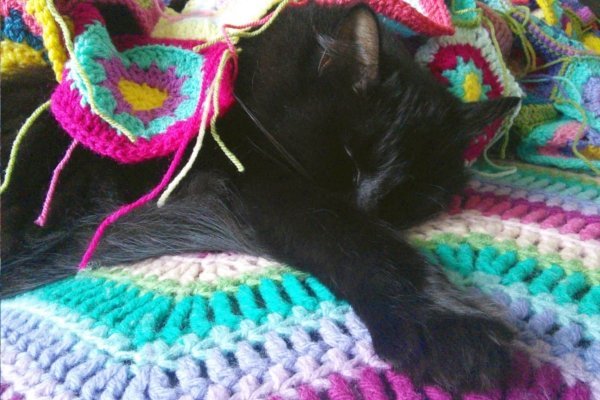 Hubble got so used to the enormous blanket being on the sofa that he sneakily snuggled under the work in progress much to my disapproval.  But he is so very handsome though. 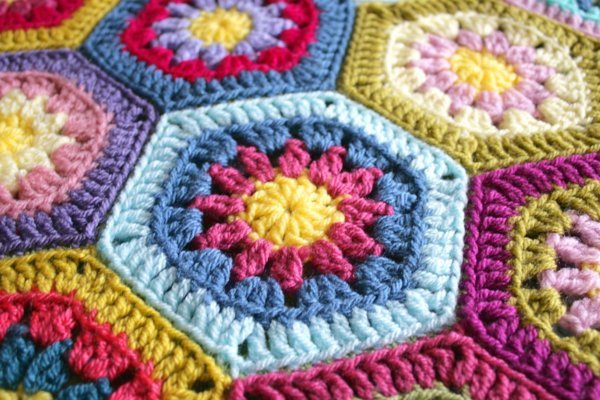 It took me about two weeks to sew in all the hideous ends – mostly due to procrastination on my part – and, boy, was I glad to sew the last end it! 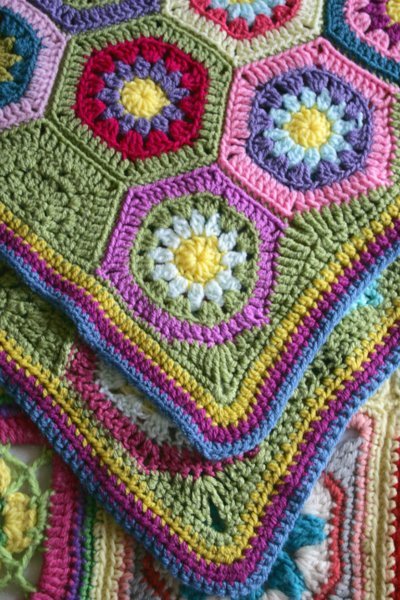 I whizzed around the edge a few times in some of the main colours. 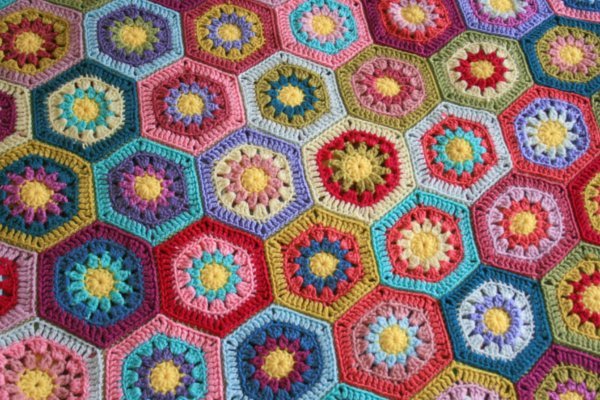 Then, on a very dark December day, I sat back with a completed blanket heaped on my lap and indulged in a very large glass of wine.  I must admit to sporting a smirk of satisfaction too.  After all, this blanket has taken me almost a YEAR to compete!  Yep, a YEAR!