Oh dear. Its been ages since I blogged.  March was the last time! So, glossing over my disappearance from blogland, here are some things I’ve been working on lately… 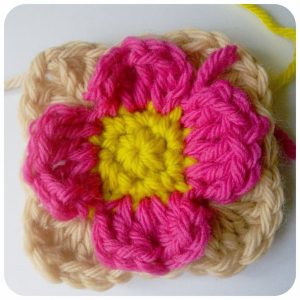 A little flower square which I’m planning to use for a scarf pattern. 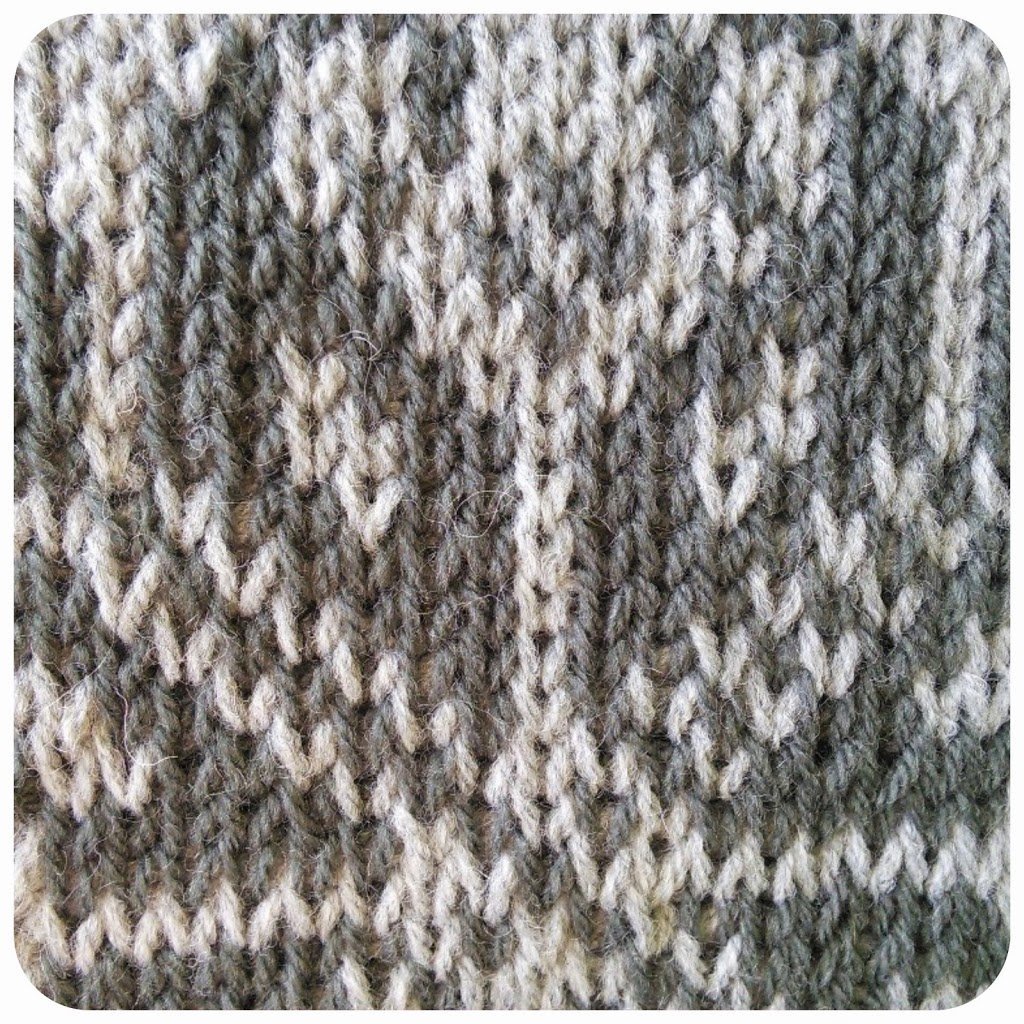 I’ve been doing some Tunisian crochet.  Yep, looks like knitting but ain’t.  A mixture between the two worked on a long crochet hook.  I’m working on a Nordic style blanket all in greys.  I really enjoy working Tunisian crochet.  Be warned cat owners.  Cats just lurve tunisian crochet hooks, almost as much as knitting needles.
My plans to have a complete photo tutorial for an iphone cosy in Tunisian crochet have failed miserably.  It’s been a nightmare.  As soon as I set up the camera and begin the kittens ‘help’.  If Hubble and Toil could talk they’d say something like this…”Oh boy, ‘helping’ is as much fun as clawing soles out of shoes, climbing curtains, sleeping on the hob after dinner and jumping up on worktops for a nose around in the sink.  Quick, grab the yarn!  Quick, sit in the middle of the photo.  Bat the crochet hook, bat the crochet hook!  I’m a handsome cat, take a photo of me.  What will happen if I knock this over the edge.  Oh boy, this is so much fun!”  At some point in the future I may complete the tutorial.  They’re getting ‘done’ in three weeks time so I’ll finish it while they are wearing their Collars of Shame and less able to destroy things. 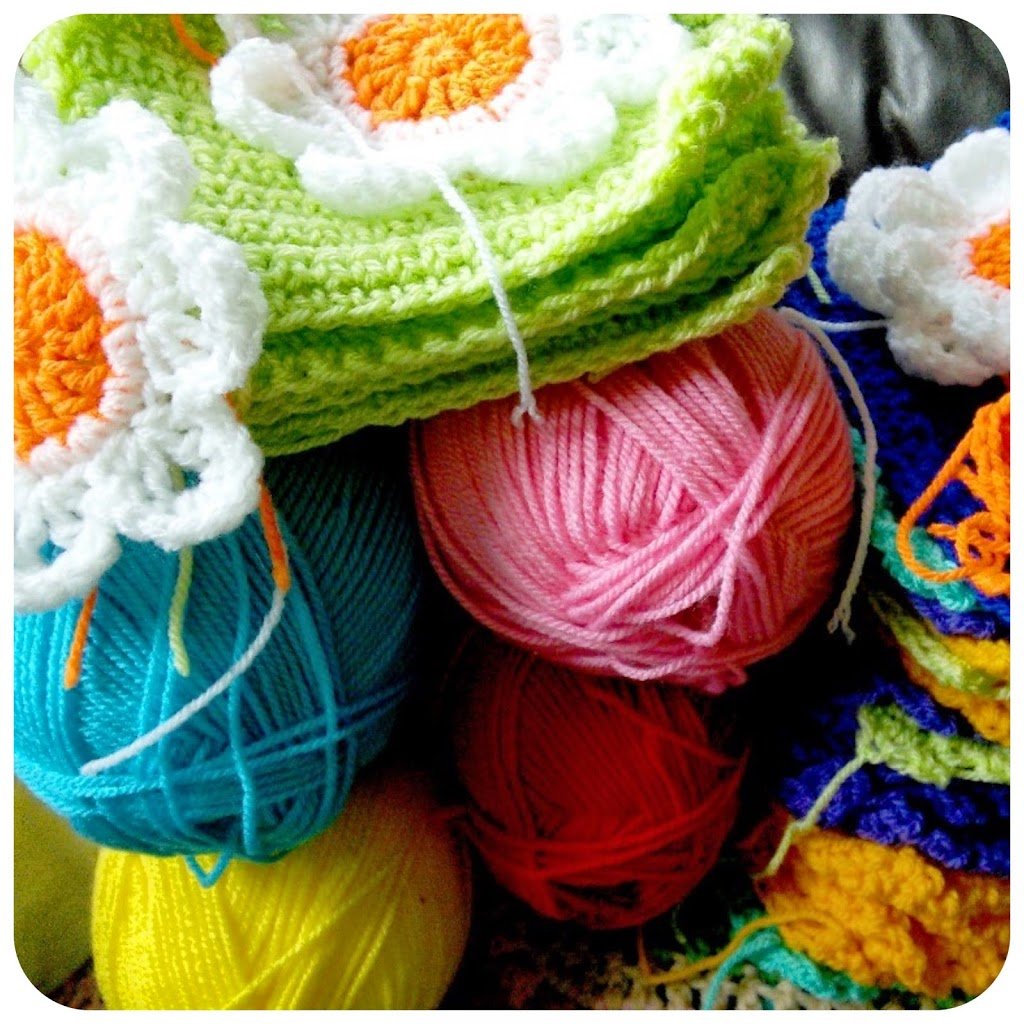 I’m working on another Flowery Blanket for Cumbrian Country Crafts.  Rubbish photo, those colours are scrumptious!  It’s a big one, 6ft by 6ft.
My knitting needles haven’t been gathering dust either.  I’m working on some swatches for a forthcoming knitting book.  Sneak peak… 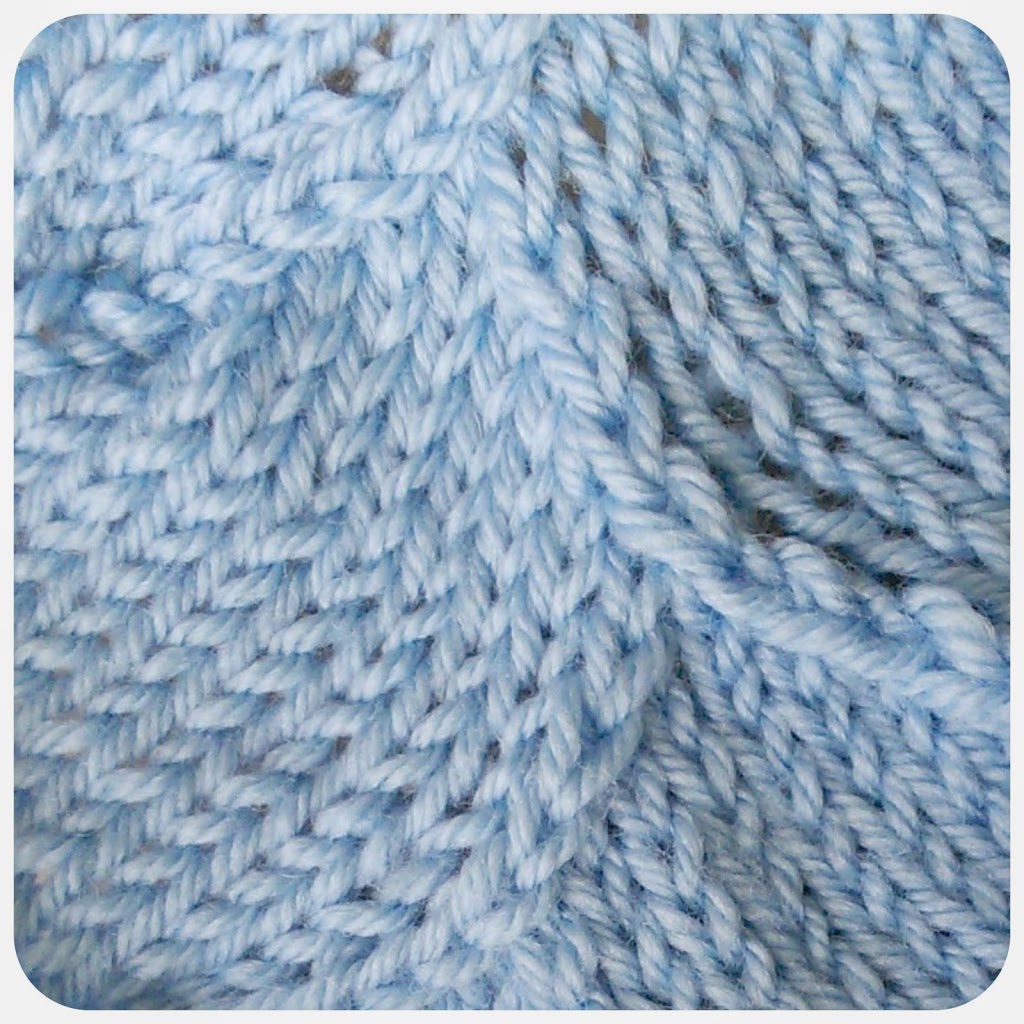 And, I’ve been working some join-as-you-go mitred squares.  This pattern makes me think dragon scales or puffin beaks, so, I’ll use those ideas to design something. 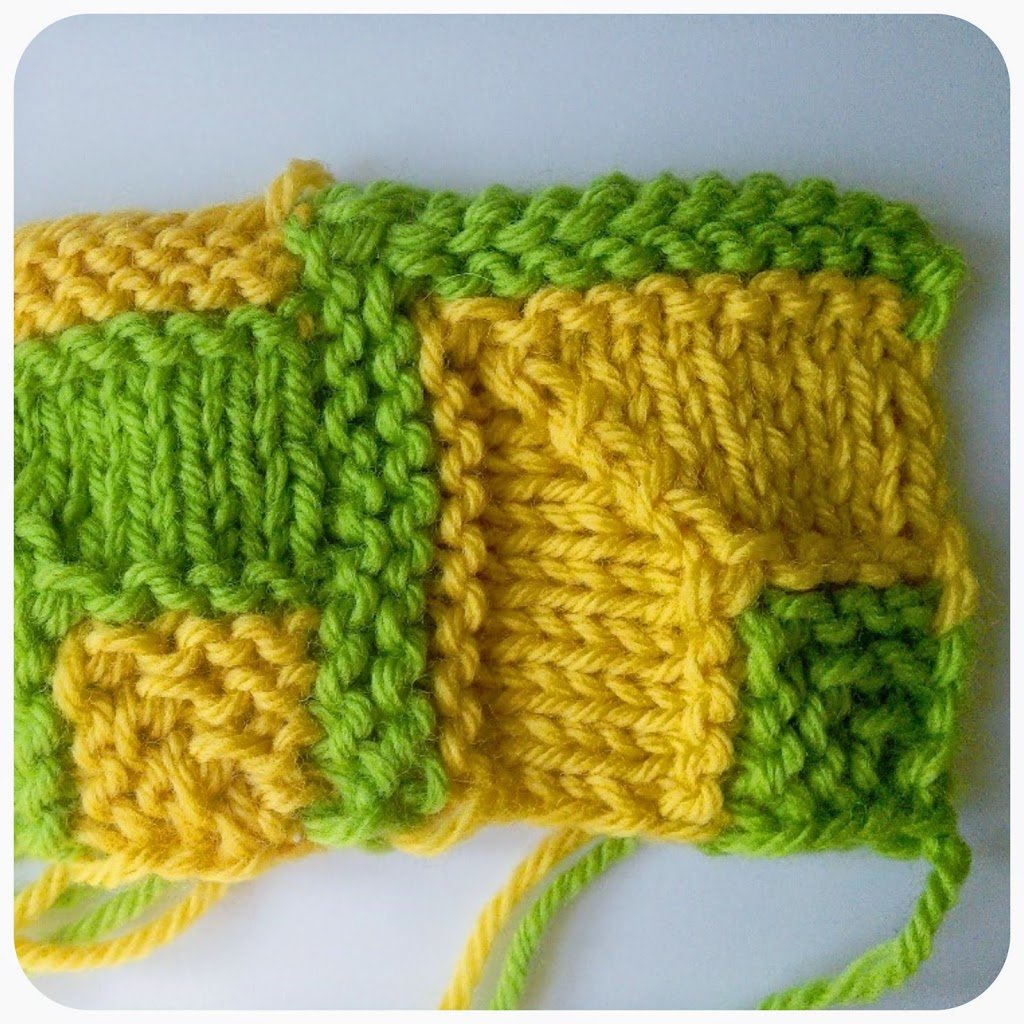 There, I blogged, finally!
Leonie x